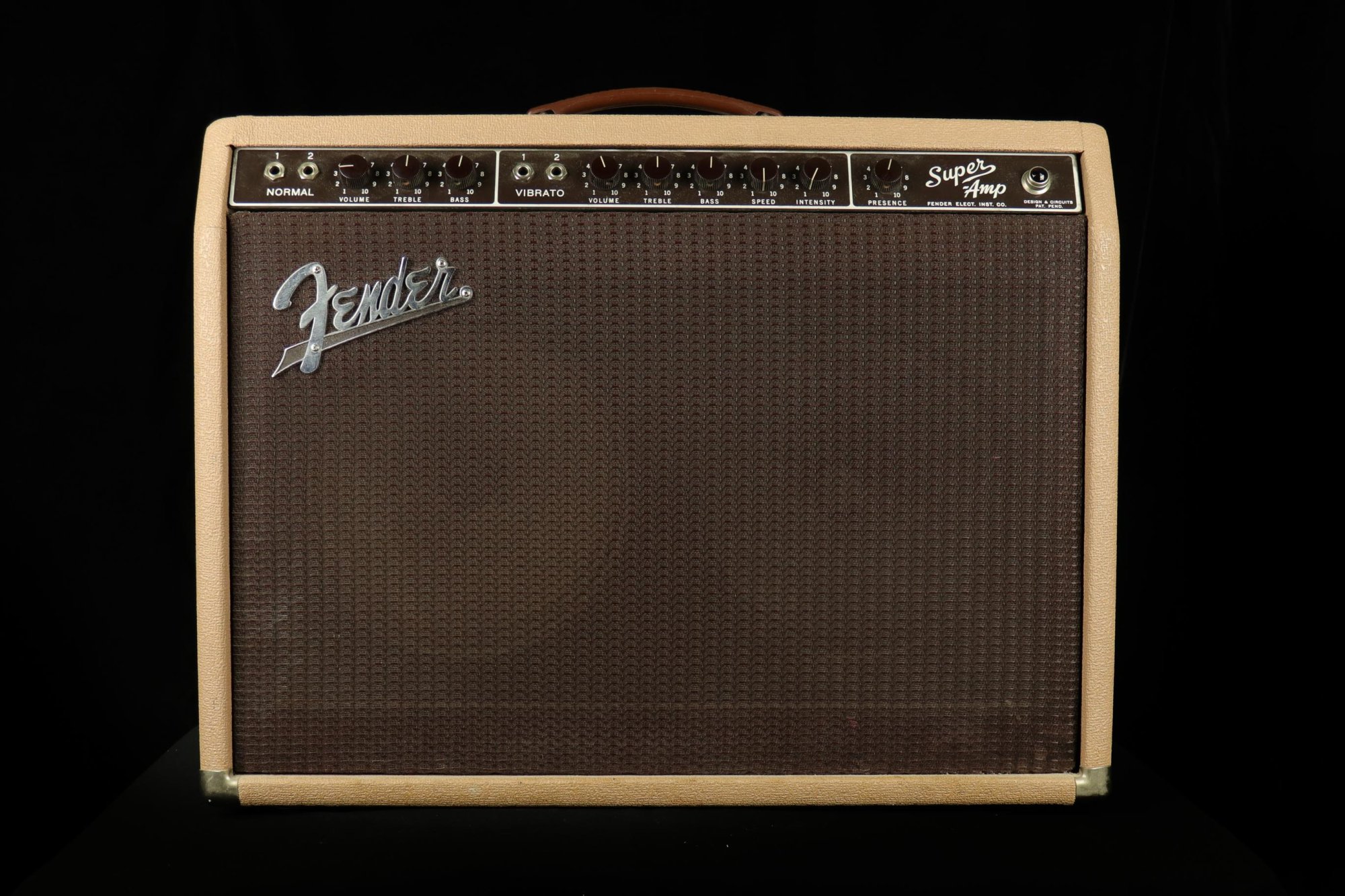 This amp is completely untouched and functional (though some would argue turning it on and playing it is very risky i.e., Ancient power caps putting extra strain on the original transformers) Our amp tech saw the insides and noted immediately how this amp has the Narrow Panel tweed era Yellow Astron caps throughout. This definitely indicates an early blonde circuit and that it is completely “Untouched.” The tolex has some stains where the knots in the pine bled through due to sap which is well documented on other models of this vintage by Dave Hunter among many others. This is why fender would eventually move to a darker brown tolex and then finally black. The original fender cover is the cherry on top. This is what Fender covers looked like in the tweed era.. Very cool.

From Dave Hunter’s book: “The earliest examples had a light brown or tan color with a somewhat pinkish hue”

The “JK’ stamp verifies the amp production was November 1960.