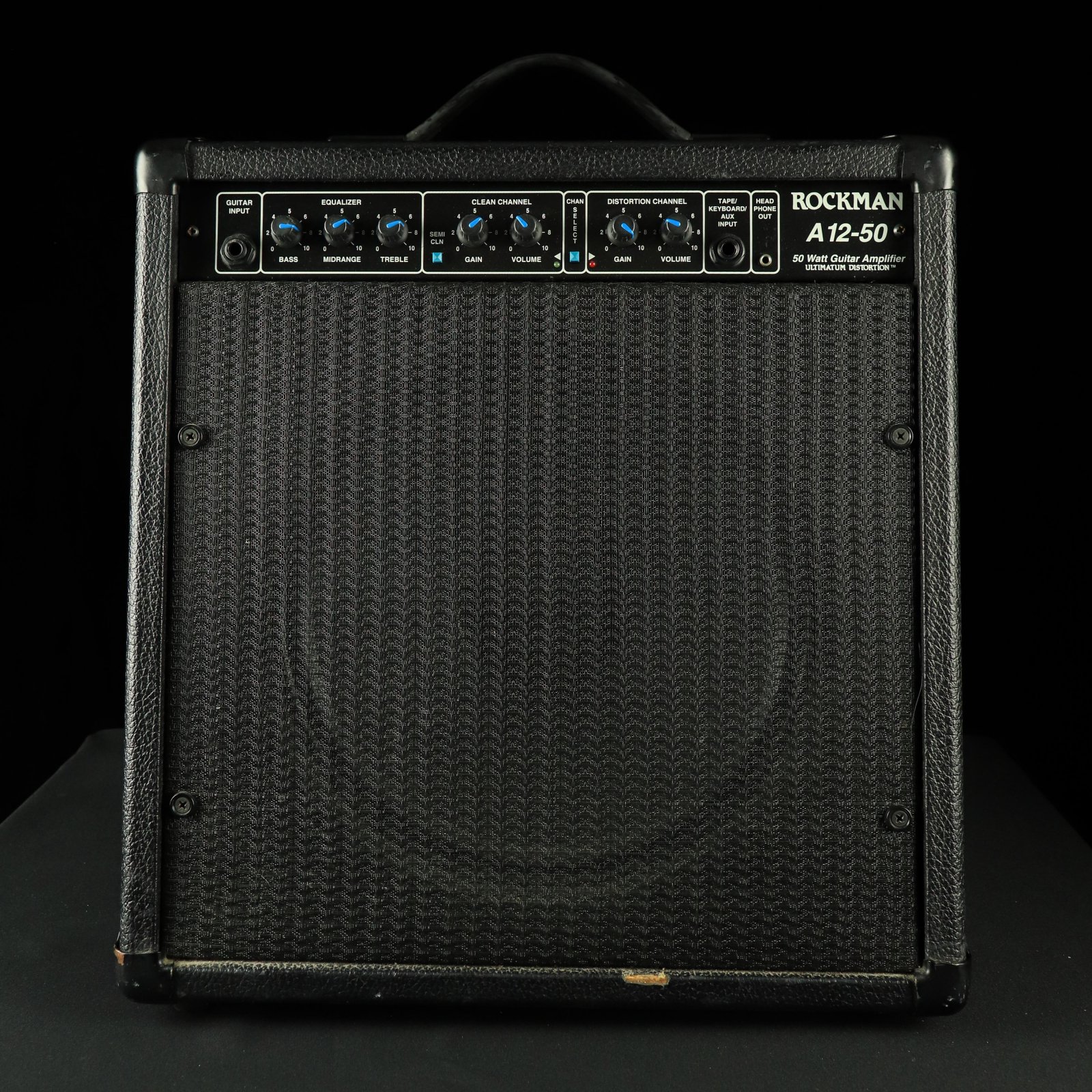 Own a piece of history with one of the last Rockman Products that rolled off the line before Tom sold out to Dunlop. The amp has ultimatum distortion built in.
The A12-50 combo was released in 1993. It is a two-channel (distortion and clean) 1x12 50-Watt mono combo. It lacks the chorus and reverb of the other Rockman products, but provides an effects loop for using external effects. It is probably the most conventional of the Rockman guitar amplifiers made in the company's run.