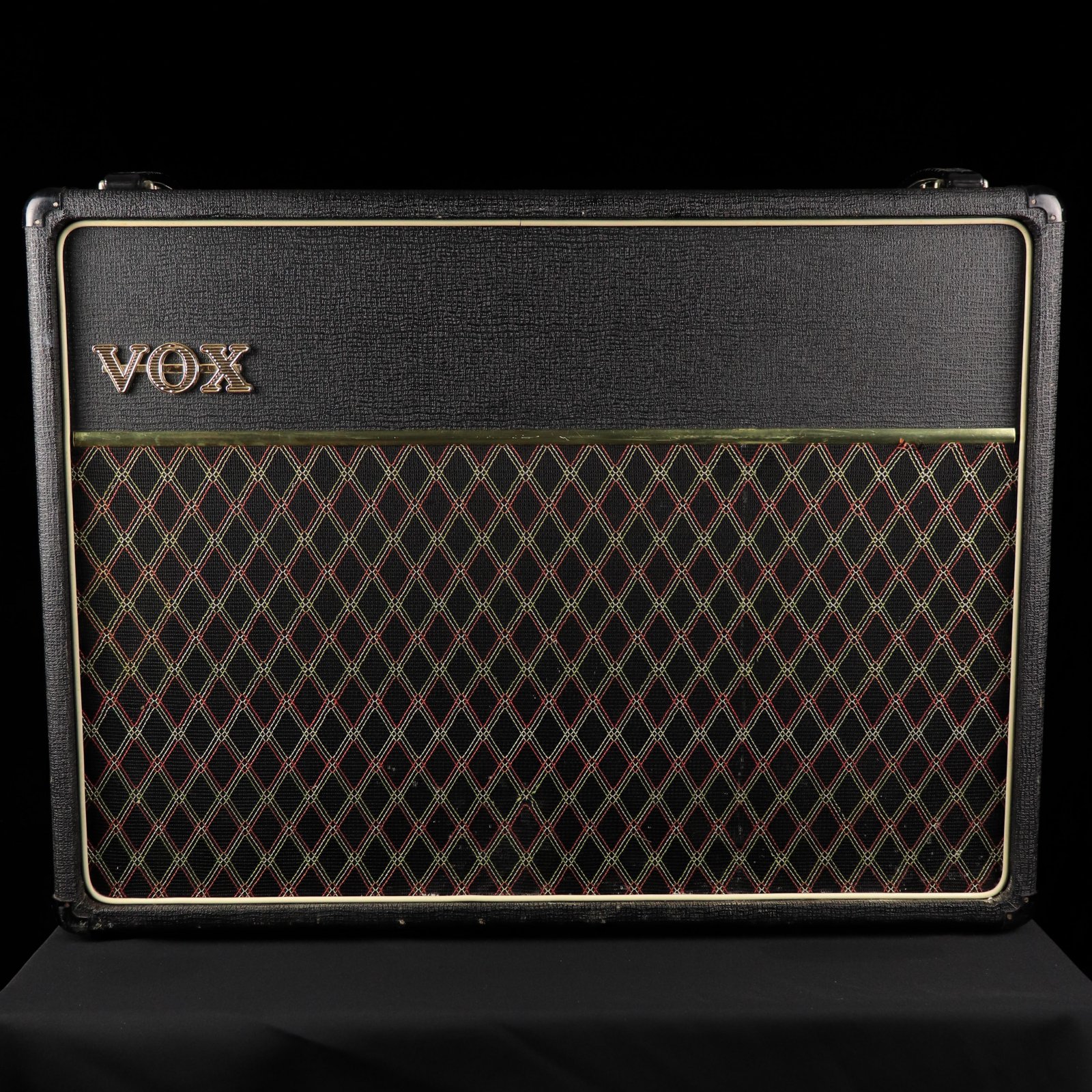 The amp that lit the fire behind the second generation of Rock & Roll! This is the real-deal rock guitar noisemaker!

By the middle 60's, the various combo amp versions of the AC-30 started to consolidate into one model.

Cosmetically, brown Vox grill cloth was being phased out in favor of black. The predominant control panel color was now gray. Three injection molded, black plastic Vox logo handles and three metal Vox logo air vents were mounted on the top of the amplifier. The amps were covered in "basket weave" Vinhyde, and eight "one-pin" corners were standard. A new rotary voltage selector switch replaced the former "removable plug" style system. The chassis was completely hand wired. Perhaps the most important change was moving the Bass and Treble controls of the rear mounted "Top Boost" circuit to the top control panel. The "Top Boost" circuit would no longer be an optional, added-on circuit, it would be a standard feature on AC-30 amps.

As a result, the Bass and Treble controls would no longer protrude from a rectangular hole in the vinyl covered upper back panel of the amplifier.

The AC-30/6 Twin had three channels, Brilliant, Normal, and Vib-Trem. The Bass and Treble controls only affected the Brilliant channel. The Cut control affected all three channels. The Vib-Trem channel offered a choice between vibrato (wavering pitch) and tremolo (wavering amplitude). A rotary, three position Speed switch adjusted the the rate of modulation. An egg shaped single button foot switch operated the effect. Two 8 ohm 12" Alnico Silver Celestion G12 speakers were standard. The typical Celestion from this era had wire connecting lugs mounted to a card board tag strip that was riveted to the speaker frame. An optional chrome plated, tubular rigid stand was also offered.