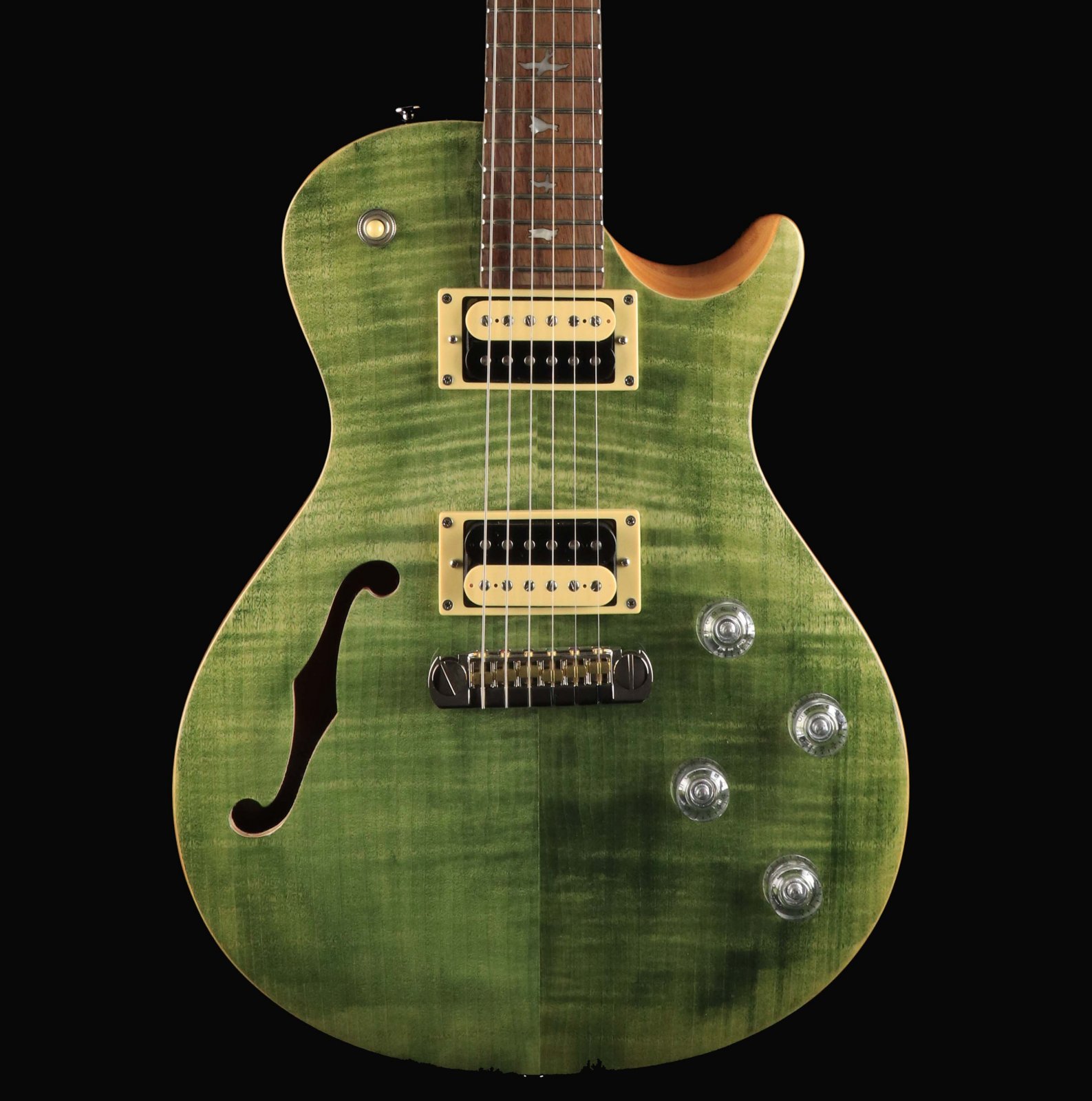 FREE SHIPPING on all orders over $99 (ConUS)

The SE Zach Myers has enough features to satisfy even the most demanding musicians. The resonance of the semi-hollow body paired with the smooth feel of the satin finish neck will make an immediate impression in your hands. "Iâ€™ve been with PRS for 12 years. This is the best guitar I have ever played," â€“ Zach Myers, Shinedown.


Zach Myers, lead guitarist of the multi-platinum rock band Shinedown, picked up a PRS Custom 22 at the age of fifteen and announced his first SE signature model in 2010. As a guitarist who has rocked PRS on the stage and teched for several PRS bands, Myers has an intimate understanding of how a guitar should feel and what the build quality should be. After months of design and conversations with PRSâ€™s SE team, Zach and PRS are pleased to introduce an all-new SE Zach Myers for 2015.The 2015 SE Zach Myers features a chambered mahogany body with maple cap, flame maple veneer and single f-hole that provides smooth mid-range tones with a natural, resonant internal reverb. The 22-fret 24.5â€? scale length wide fat neck boasts a satin finish that gives the guitar a very comfortable, woody, worn-in feel. Additional appointments to the SE Zach Myers signature model include PRS adjustable stoptail bridge, vintage style tuners, and PRS SE 245 pickups paired with two volume and two tone controls and a 3-way toggle pickup switch.