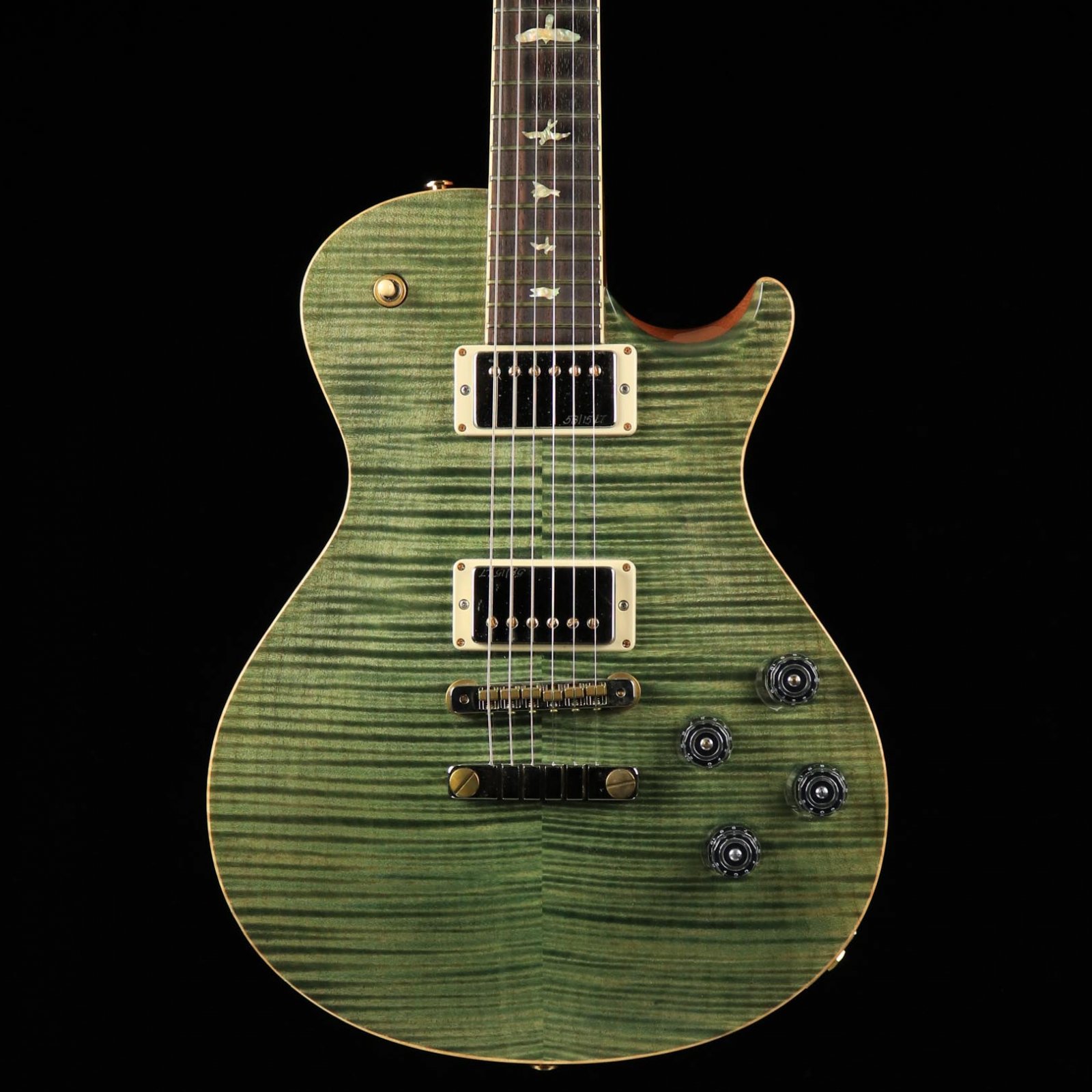 The McCarty 594 is a vintage-inspired instrument that is at once incredibly familiar and effortlessly playable. Whether you are looking for rich, authentic, vintage humbucking tones or nuanced, sweet singlecoil sounds, the McCarty 594 can seamlessly master both sonic territories thanks to the 58/15 LT pickups and push/pull coil taps on the tone controls. The electronics layout, a few key specifications, and PRS craftsmanship combine in the McCarty 594 to create an instrument that plays in tune, is intonated the entire length of the neck, and feels like a guitar that you’ve been playing forever.
A few key specifications that contribute to the McCarty 594’s tone and feel are:
Tweaked Phase III tuners have an added set screw that pulls the tuner’s gear and worm together (while “locking” over the worm to prevent slipping) to promote tone transfer from the string directly into the guitar with as little energy as possible being detracted. (The tuner functions identically to standard Phase III tuners for re-stringing. Set screws must NOT be adjusted outside of the PRS factory. Making any adjustments to this feature may cause the tuner to stop functioning properly.)