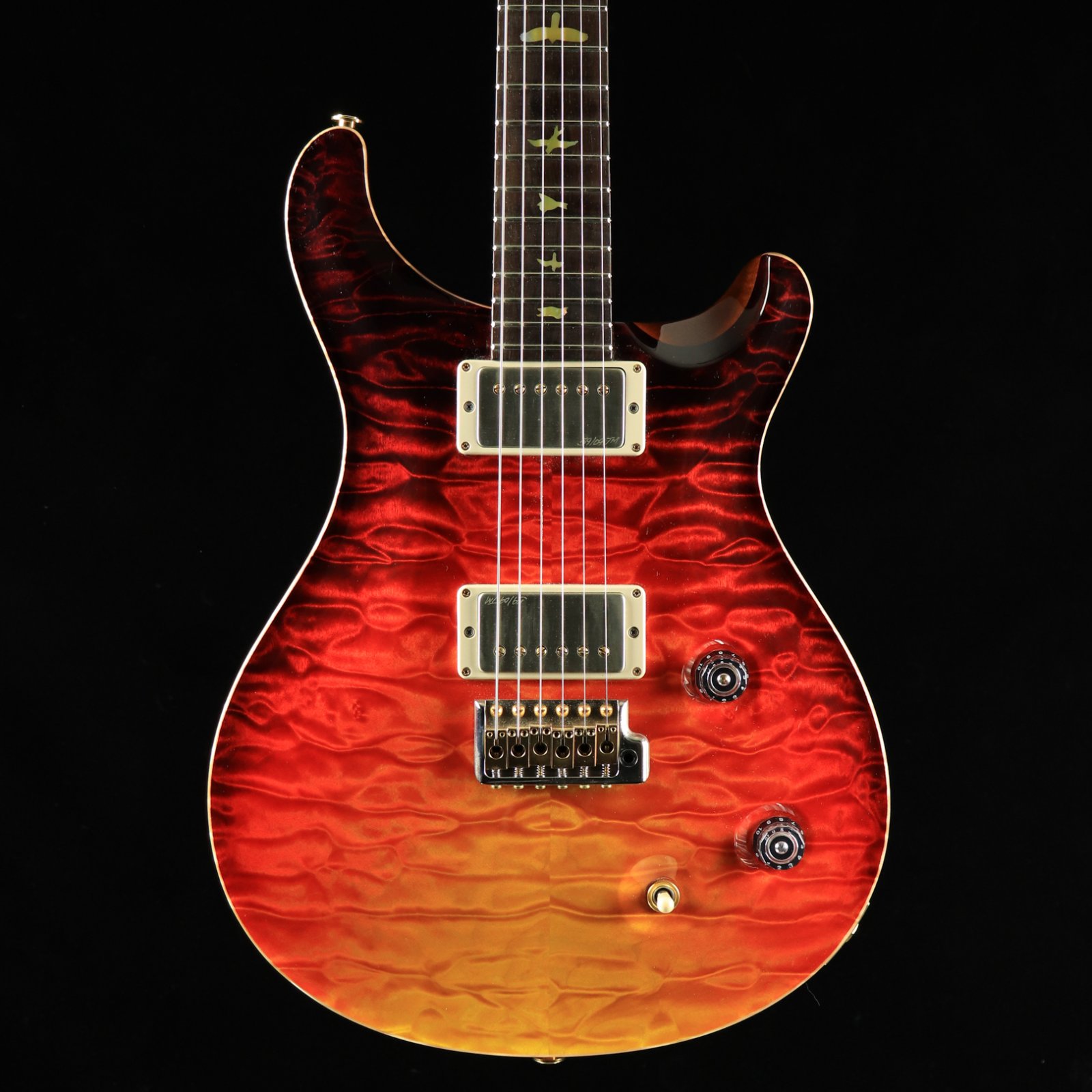 Stunning finish and Brazilian Rosewood, a lovely combination...
PRS Private Stock McCarty in Dragon's Breath! Features a stunning quilt top in one of our favorite stains. This guitar features a highly resonant African mahogany back and solid Korina neck with Brazilian Rosewood fretboard.
We think this tonewood formula is an absolute winner and we are blown away by the tone of this guitar!
The PRS McCarty model pays homage to a legacy of innovation. As the President of Gibson during a true golden era of guitar building (1950-1966), Ted McCarty was a pioneer of the electric guitar and musical instrument industry. In the late 1980â€™s, Paul Reed Smith called on Ted to consult with him on guitar design and production techniques. He not only served as Paulâ€™s mentor but became a great friend.

In 1994, PRS released the first McCarty, an instrument that incorporated the full spectrum of techniques and knowledge Paul had gained from Ted as well as his own experiences as a guitar builder.

SPECS:
ADDT'L INFO NOTE - This guitar was built for the USA Only