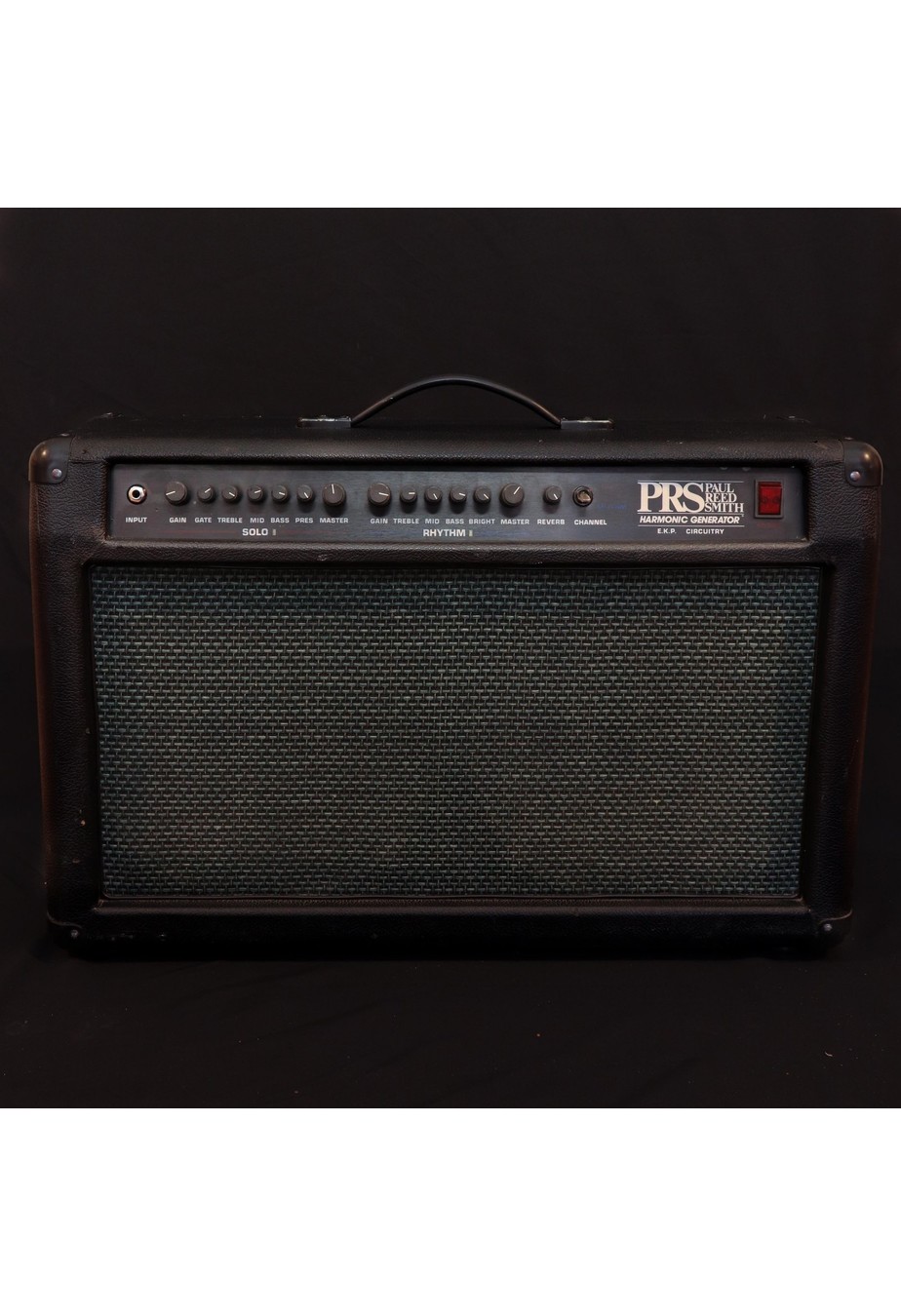 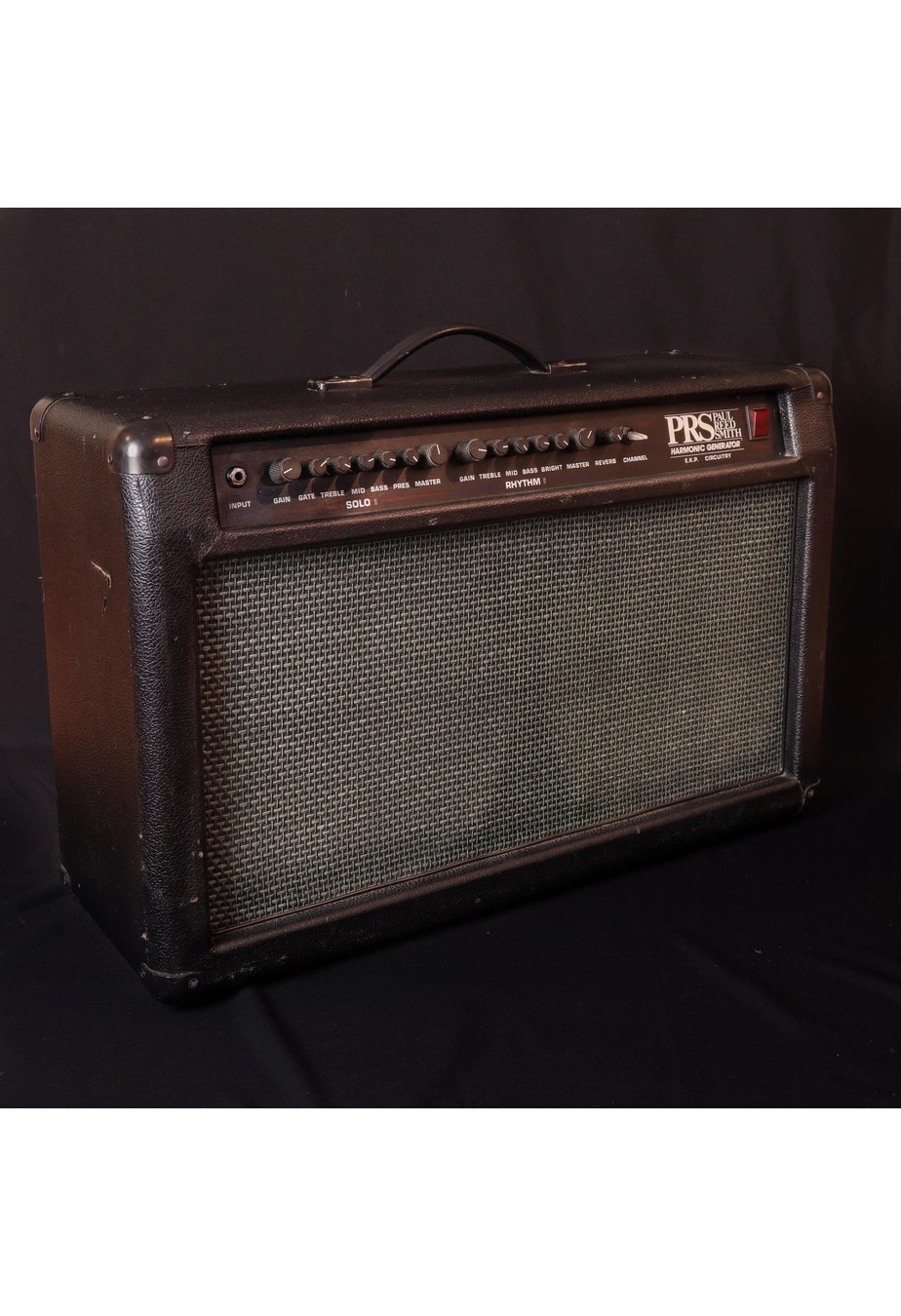 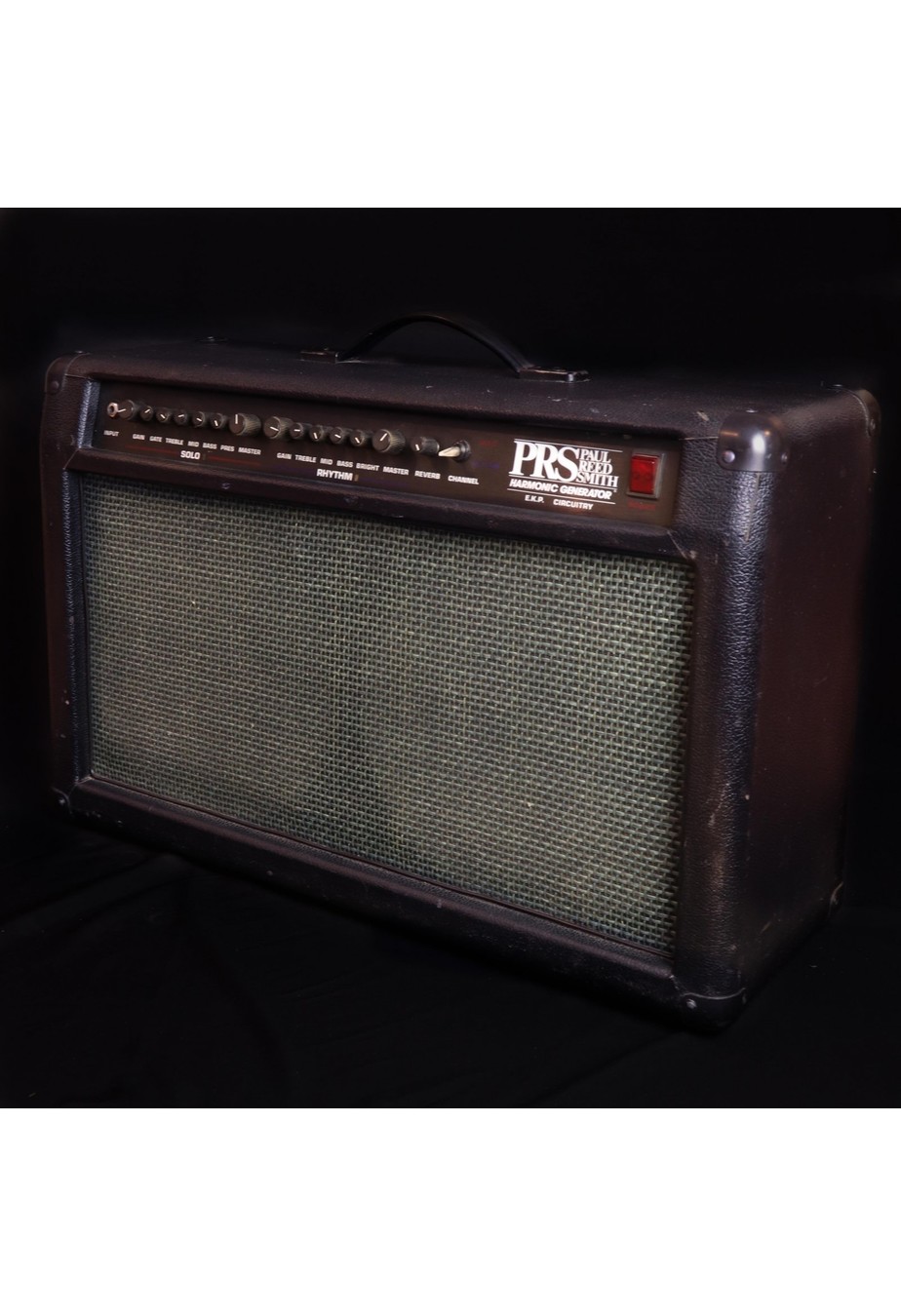 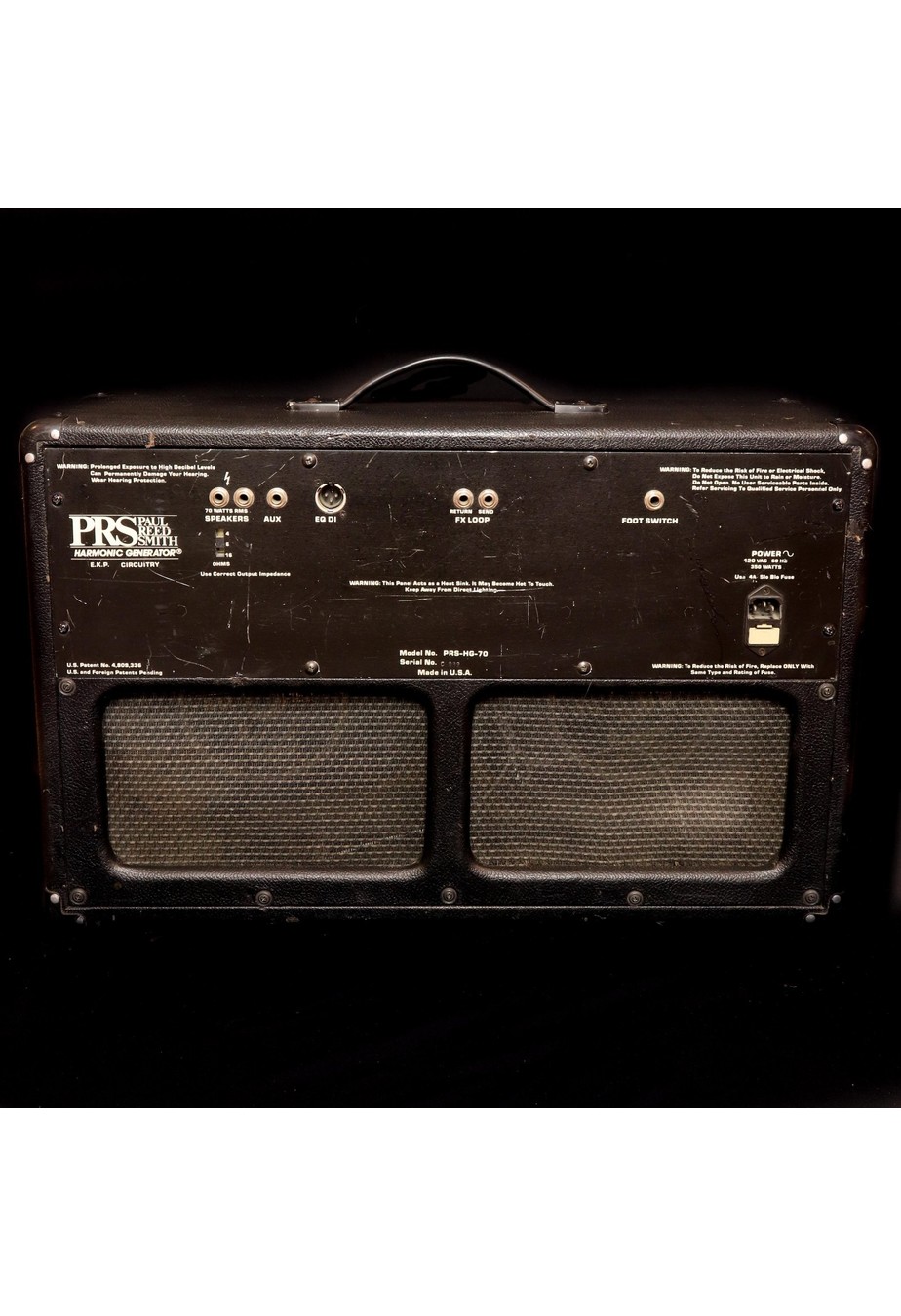 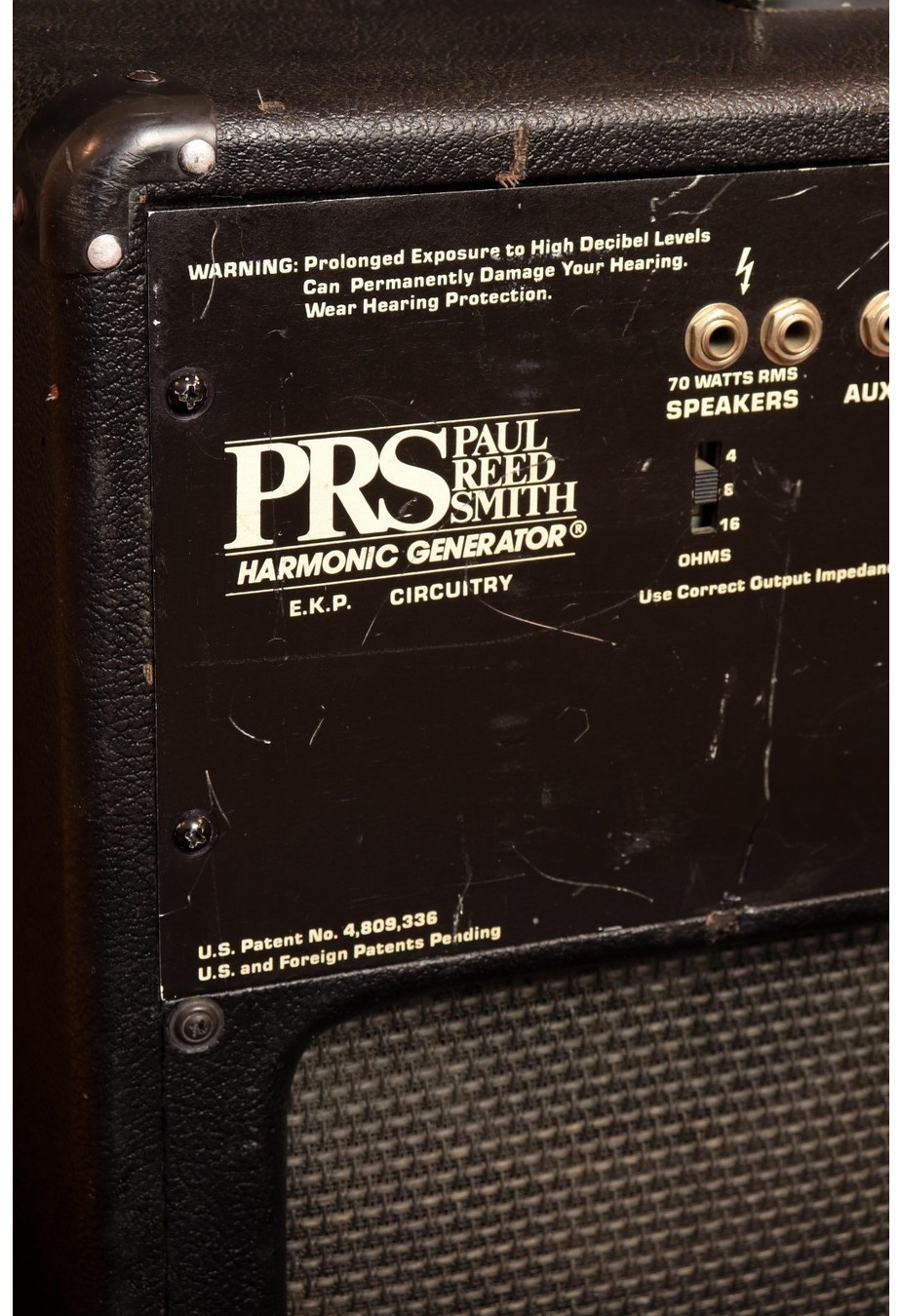 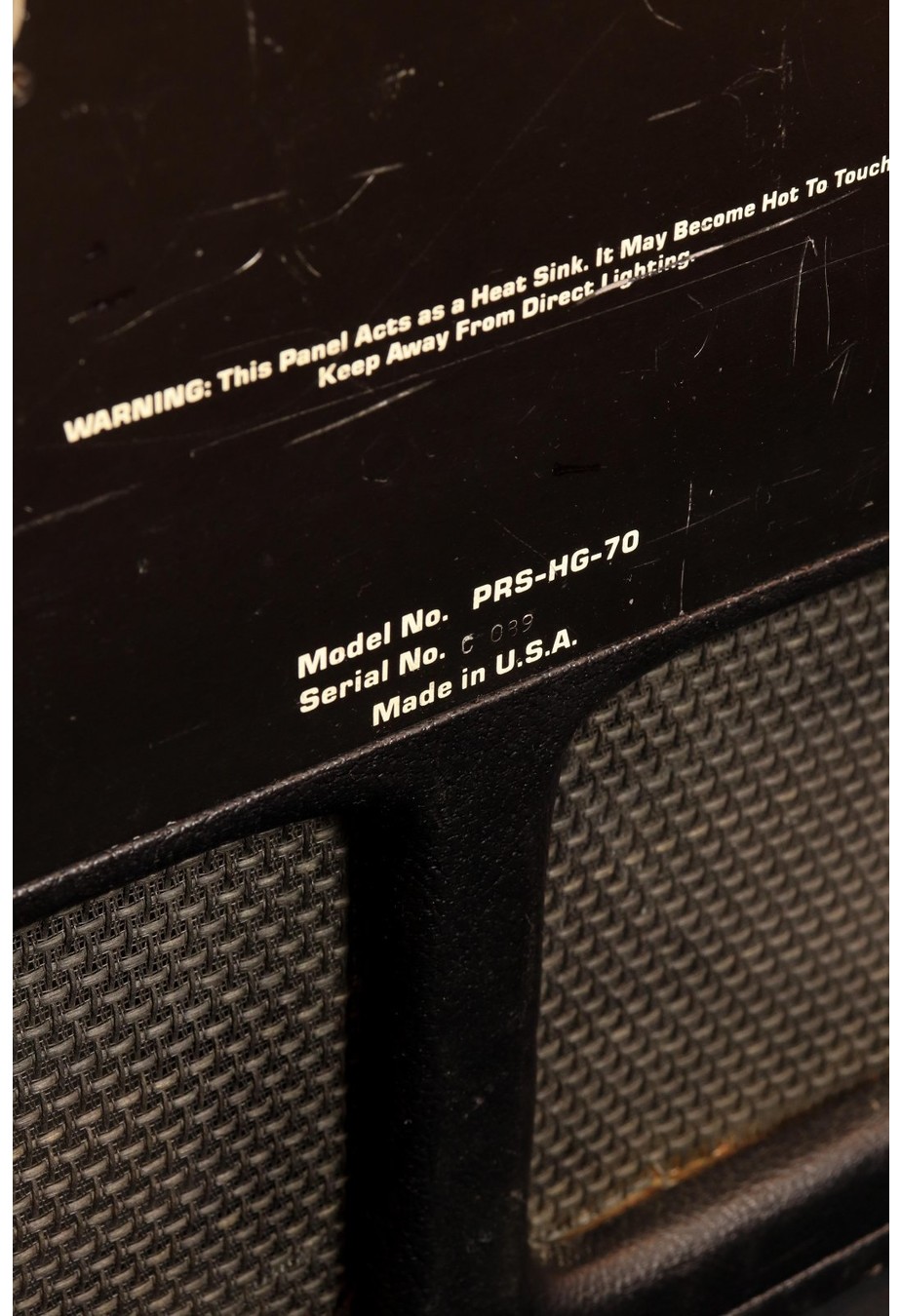 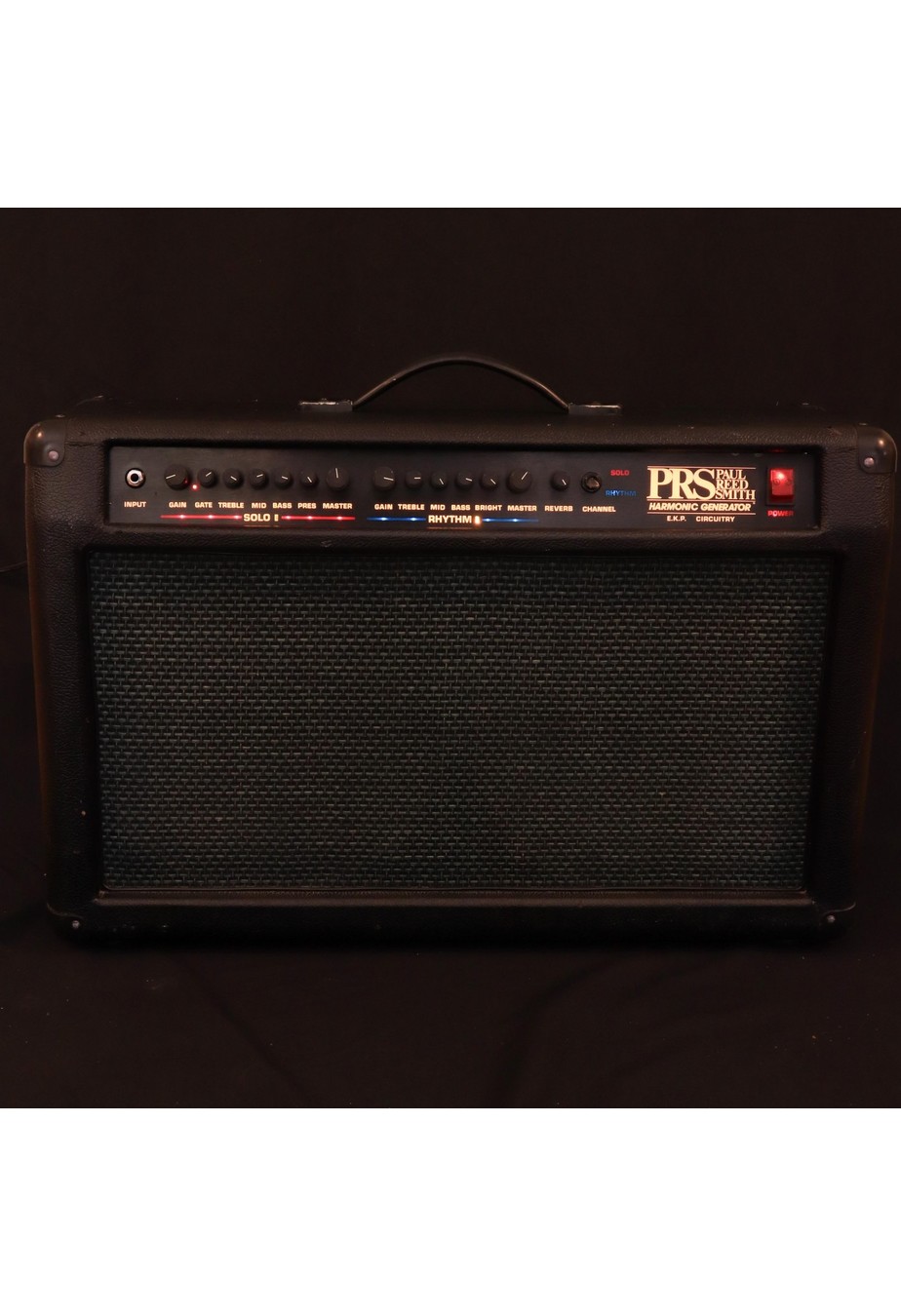 In the late 1980's, vacuum tubes used in guitar amps
became scarce as more and more tube manufacturers ceased
production. Paul Reed Smith set out to design a top-flight guitar amp using
transistor technology, and the PRS HG-70 Harmonic Generator
was the result, without doubt one of the sweetest, warmest solid-
state guitar amps ever made.

The Harmonic Generator's circuitry was designed primarily by Eric
Pritchard, currently of Pritchard Amps, and was innovative in two
key ways. First was the use of a harmonic generator (surprise!)
that was used to add additional harmonics to the amp's basic tone
to create a lively, more tube-like sound and response to playing
touch. Secondly, the PRS HG-70 was one of the very few
transformer output-coupled transistor amps ever designed. In essence,
it actually utilizes an output transformer, much like a tube amp.